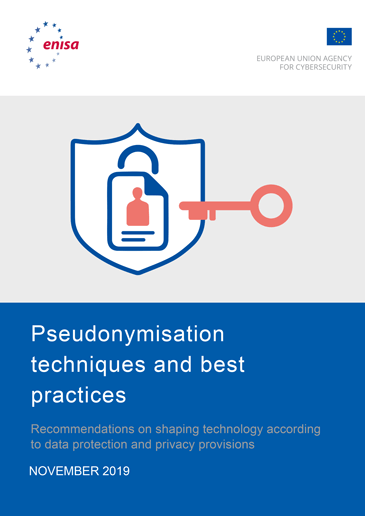 As mentioned in Chapter 3, the primary goal of pseudonymisation is to limit the linkability between a pseudonymised dataset and the holders of the pseudonyms and to thereby protect the identity of the data subjects. This type of protection is typically intended to counter the efforts of an adversary to perform a re-identification attack.

This Chapter considers the possible adversarial models and different types of re-identification attacks that are important to pseudonymisation. To this end, the notions of insider and external adversaries are addressed, while examining their possible roles under the pseudonymisation scenarios discussed earlier in the report. Understanding these topics is an essential element for further analysing the use of pseudonymisation techniques in the following Chapters.

According to the common understanding of the term in IT security, an insider is an adversary with specific knowledge, capabilities, or permissions (with regard to the target of the adversary)15. In the context of pseudonymisation, this implies that the adversary is in a position to gain information about the pseudonymisation secret and/or other relevant significant information.

For example, considering the scenarios in Chapter 3, an insider could be on the controller’s side (e.g. an employee working for the controller) under scenarios 1, 2, 3 and 4. It could also rest on the processor’s side (e.g. a malicious employee of a contractor) under scenarios 2 and 4. Last, in the case of scenario 5, the insider adversary could lie within the trusted third party (acting in this scenario as the pseudonymisation entity). By default third parties that might legitimately have access to the personal data (e.g. a supervisory or law enforcement authority) are not considered as adversaries16.

Considering the scenarios of Chapter 3, by definition any actor who acts maliciously in all scenarios and is not part of the pseudonymisation entity or working on behalf of the pseudonymisation entity should be considered as an external adversary. A (malicious) data controller could take the role of an external adversary under scenario 5 or 6. A (malicious) data processor could also take this role under scenario 3.

4.3 GOALS OF ATTACK ON PSEUDONYMISATION

Depending on the context and the pseudonymisation method, the adversary can have different goals that he or she wants to achieve against pseudonymised data, i.e. retrieval of the pseudonymisation secret, complete re-identification, or discrimination. While most of the examples described in the next paragraphs focus on uncovering the “real” identity of the data subjects, it should be noted that a successful attack is not (only) a matter of reverse engineering, but more the capability of singling out a specific individual from a group (even if the “real” identity is not revealed).

When the aim of the attack is complete re-identification, the adversary wishes to achieve the linking of one or more pseudonyms back to the identity of the pseudonym holders. This type of adversary has largely been discussed in the literature (see e.g. [3] [4] [5]).

Considering the student grades example that was presented before, the dataset of student grades may contain two even numbers among many odd numbers as pseudonyms. Even numbers correspond to female students while odd numbers correspond to male students (this fact is known to the attacker). Both even numbers have scored 100% as result at the final exam. Further, let us assume that there are no other students that scored 100% in the pseudonymised dataset. If an adversary gains additional knowledge that a certain student scored 100% in this course, the attacker immediately learns that this student was female. Vice versa, if the adversary learns that a student of that course was female, the adversary immediately learns that this student had scored 100%. It is important to understand that the adversary does not learn the identity of a pseudonym holder here, but only learns some property (i.e. gender or grade value) of the holder. Given that several students share the same combination of property values, the adversary is not able to pinpoint the exact data record of a particular pseudonym holder. However, this extra information gained may already suffice for purposes of discrimination that the adversary intends to perform, or it may be utilised in a subsequent background knowledge attack to uncover the identity behind a pseudonym.

There are three main generic techniques to break a pseudonymisation function: brute force attacks (exhaustive search), dictionary search, and guesswork17. The effectiveness of these attacks depends on several parameters, including:

The amount of pseudonym holder (data subject) information contained in the pseudonym.

These attacking techniques are briefly described next.

Table 1: Pseudonymisation of month of birth

Indeed, in such case the adversary can consider a subdomain of the identifiers domain for which he or she can compute all the pseudonyms. Let us come back to the example of Table 1, while assuming that the domain is small. Let us assume that the adversary wants to discriminate people with a month of birth starting with the letter J from those starting with a different letter. This subdomain contains January, June and July. The adversary can mount an exhaustive search on this subdomain by computing the pseudonyms corresponding to January, June and July. If he or she finds a pseudonym different from 281, 301 and 299 then he or she knows that the month of birth is not starting with the letter J.

Dictionary search is an optimisation of brute force attack, which can save computation costs. The adversary has to deal with a large amount of pseudonyms to carry out complete reidentification or discrimination. Therefore, he or she precomputes a (huge) set of pseudonyms and saves the result in a dictionary. Each entry in the dictionary contains a pseudonym and the corresponding identifier or information. Each time the adversary needs to re-identify a pseudonym, he/she is going to search into the dictionary. This search has a pre-computation cost of an exhaustive search and stores the result in large memory. The re-identification of a pseudonym has only the cost of a lookup in the dictionary. The dictionary search is essentially the computation and storage of the mapping table. Time/memory trade-offs are even possible using Hellman tables [6] or rainbow tables [7] to further extend the range. However, there are specific variants of this attack that utilise additional knowledge on the way the pseudonymisation function works. Such attacks may even work for infinite input domains

This type of attack utilises some background knowledge (such as probability distribution or any other side information), which the adversary may have on some (or all) of the pseudonym holders, the pseudonymisation function, or the dataset. Implicitly, exhaustive search and dictionary search assume that all the identifiers have the same probability or frequency of occurrences. However, some identifiers may be more frequent than others. Exploiting the statistical characteristics of the identifiers is known as guesswork [8] [9] [10] and is widely applied in the password-cracking community. It is important to notice that guesswork can still be applied even when the identifiers domain is huge. The adversary does not necessarily need to have access to the pseudonymisation function (since discrimination is possible by simply performing a frequency analysis of the observed pseudonyms).

Let us assume a similar case but with an infinite size of identifiers domain. A finite subdomain of identifiers, which are included in the dataset, can be defined. If the adversary can guess this subdomain, he/she can mount an exhaustive search (see Chapter 6 for relevant use case on email address pseudonymisation). Depending on the amount of background information or metadata that the adversary possesses, and the amount of linkable information found in the pseudonymised dataset, this type of attack may lead to uncovering the identity of a single pseudonym holder, a fraction of them, or the entirety of the dataset. Especially for small datasets, such attacks may be feasible with high success rates.

Depending on the choice of pseudonymisation function, a pseudonym may contain some information on the original identifier. Therefore, every such type of pseudonym carries the risk of being subject to a re-identification attack as those described above. For example, an attacker with sufficient background knowledge might be able to link the pseudonym back to its identifier by performing a guesswork.

However, in many cases, the additional information on the original identifier contained in the pseudonym is kept for linkage among pseudonyms themselves, to be performed by a valid subsequent data controller. For instance, a pseudonym may keep the year of birth from a person's birth date as part of the pseudonym (e.g. ‘’AAAA1999’’). This way, it is feasible to categorise pseudonyms based on their year of birth, e.g. concerning their age, their legal status (child or adult), their life conditions (schoolchild/working/retired), or similar. This may be an intentional feature of the pseudonymisation function utilised, allowing controllers to perform such sort of classification even on the pseudonymised data.

Unlock your data use. Speak with us today.